Thoughts, ideas and obstacles encountered during my professional development. 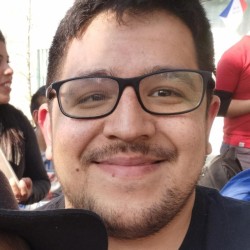 Photo by Jordan Harrison on Unsplash

If you had been following along, in the first part, we create a Site-to-Site VPN between Azure and GCP. In the second part we tested that connection successfully. Now it’s time to secure it

Protect the network on Azure, allowing only specific IPs to be reached, in a maintainable way. This means that later on, we can change which IPs are whitelisted without the need to re-deploy a new VPN. 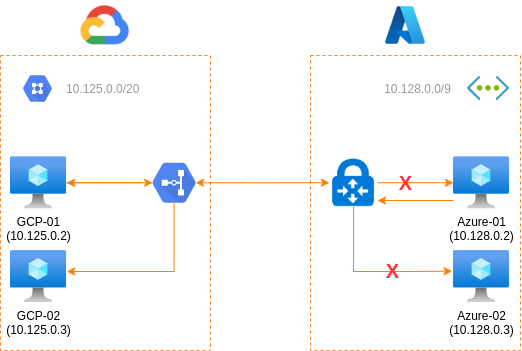 And, in the second test we will allow incoming traffic to only the Azure-01 VM: 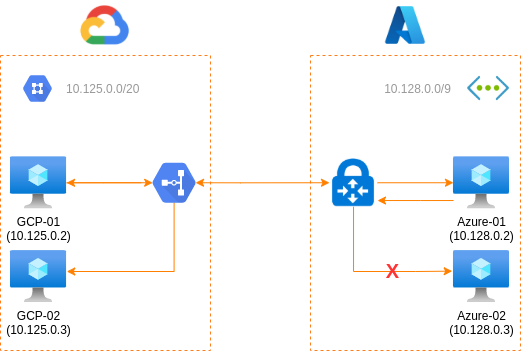 How can we secure our Azure VPN?

Our Virtual Network Gateway was associated with a VNet (default-vnet with one subnet), and there is where we can protect our resources. We will use the Network Security Group (NSG) with some custom rules. But first, let’s create the NSG

Now, we go to the VNet we want to secure and in the subnet, we apply the vpn-test-ng Network Security Group

We are now ready to start to implement our rules!

In the Network Security Group, we go to the Inbound security rules on the sidebar and click on the Add button. Let’s see what we need:

We will use a high priority value because this is our fallback rule, denying everything. Later on, we can add specific rules to allow more narrowed traffic. 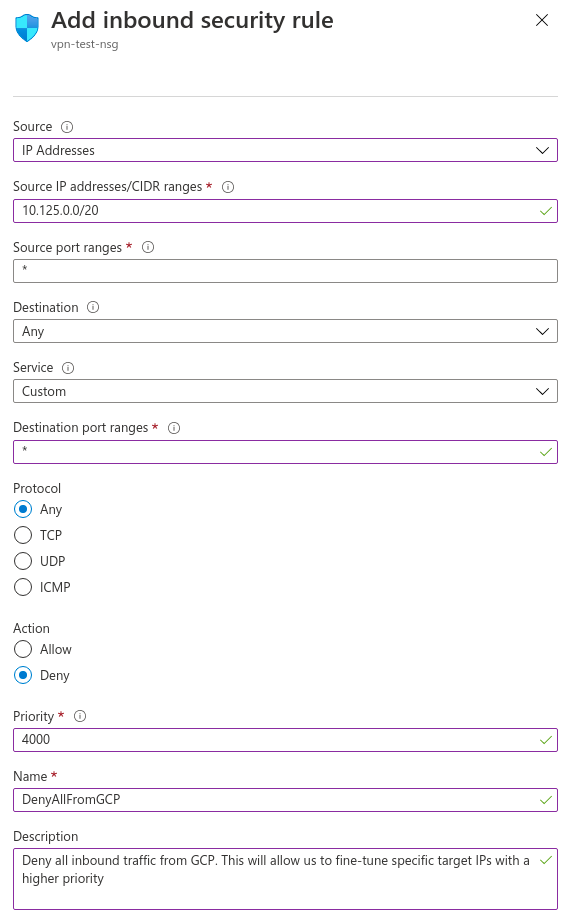 Our network should be secure from incoming traffic through the VPN. Let’s check if we still have access to the GCP network:

Excellent, our network is secure from any connection from the GCP network.

It’s time to open only the Azure-01 VM to the GCP network. This can be done by creating a new Incoming security rule: 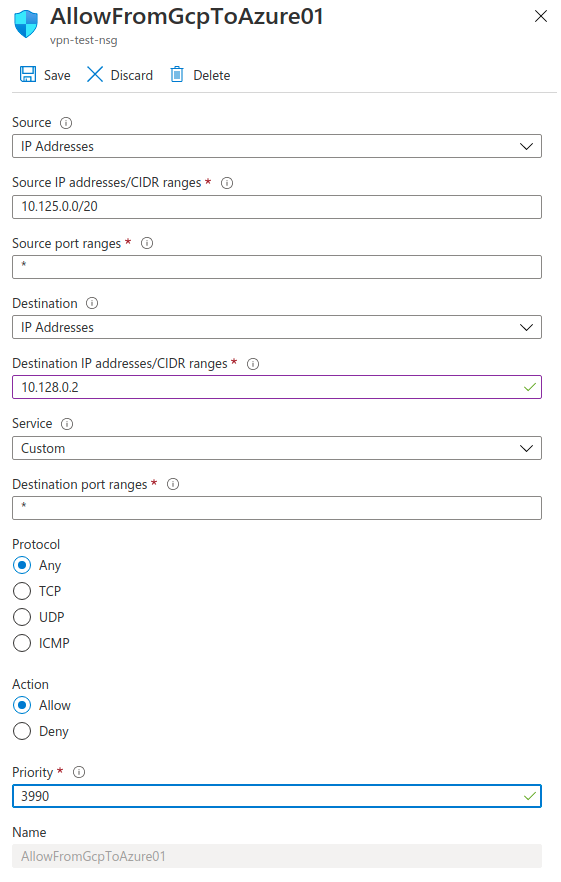 In this rule, we will use the IP Adresses destination with Azure-01 VM as the destination IP Address and the Allow action. Let’s apply and try it out!

Awesome! We can now limit which IP addresses can be reached from the other side of the VPN, thus securing our network.

If you have a VPN device and wish to connect to the Azure VPN, you can refer to the official documentation and check the default values used in this VPN implementation.

Hope you found this series useful.